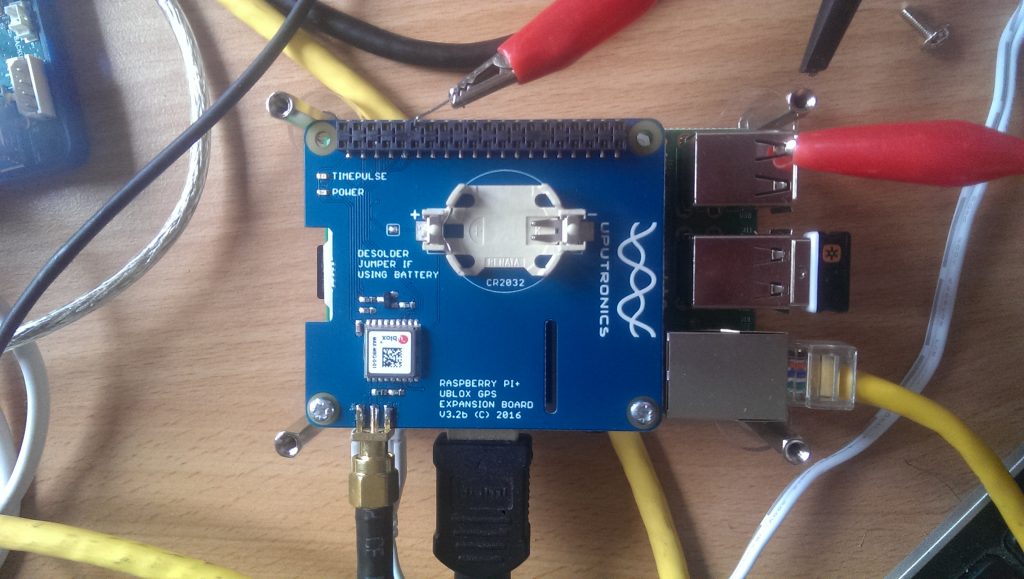 An image time-stamp will tell you when an image was acquired by its camera, they are typically donated in Coordinated Universal Time (UTC) – accurate time-stamps are very often important in Computer Vision Applications especially those that involve observing or analyzing change over time.

Implementing such time-stamp functionality on a camera is very hard and typically involves both hardware and software support – testing the functionality to make sure that the time-stamps are accurate is nearly even harder!

In order to test time-stamp accuracy it is necessary to have an accurate time source to act as a test base-line for comparison purposes, multiple cameras can the then be synchronized to this via their acquisition triggers and NTP or PPS and their images and image time-stamps can be compared.

To this end we have been prototyping a Stratum 1 time source built using a Raspberry Pi with a GPS shield. This will take its time reference from GPS and provide the following for testing cameras:

+ NTP time server (stratum 1) – Raspberry Pi & NTP syncs its time to GPS time via PPS signal and time packets (ZDA packets), the cameras’ NTP clients can use this for synchronizing their clocks (purley software based synchronization).

To build the time source we are following this excellent article which explains the various steps involved:

Many thanks to David Taylor, it is a rather complex subject with lots of software setup on the Pi, it hurts our heads but we are making progress, and the initial prototype has already been very helpful in characterizing camera triggering and time-stamping behavior. We expect great things.